The Evolution of the Car Wheel 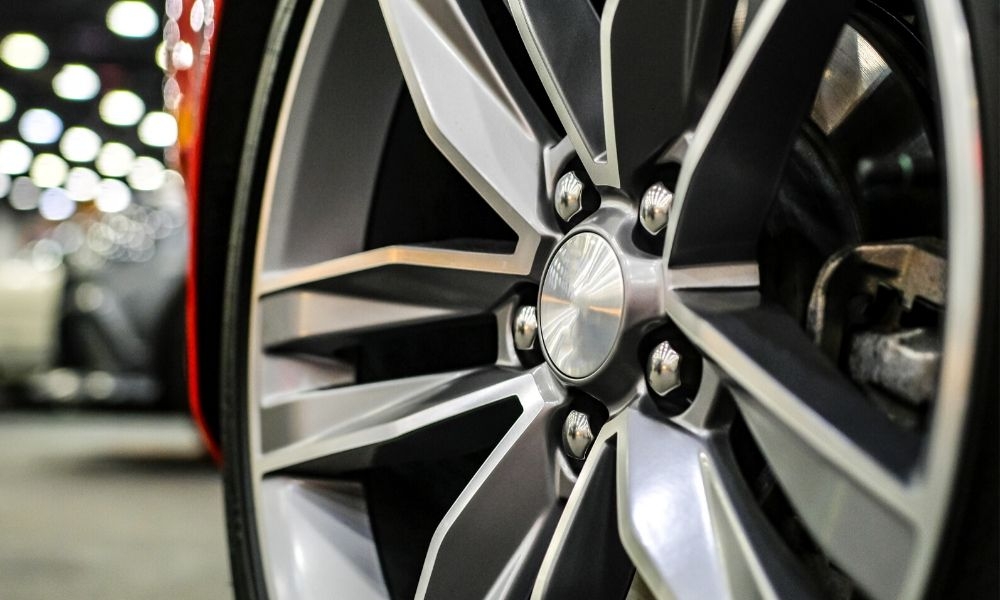 If you could call a log a wheel, then their history goes back as far as the Paleolithic Era (Stone Age), when someone figured out that large, heavy objects were easier to move if they rolled on logs. The first actual wheel was probably a potter’s wheel, dating from about 3500 B.C., and the first wheel made for transportation was probably a Mesopotamian chariot wheel from around 3200 B.C.

The ancient Egyptians figured out the first spoked wheel, and the Greeks took it a step further by inventing the H-type wheel with a crossbar. The Celts added iron rims around the wheels around 1000 B.C. Wheels kept growing and changing with the different uses of coaches, wagons, and carts, but the general design stayed pretty much the same for hundreds of years.

Wire spokes emerged in 1802, when G. B. Bauer got a patent on a wire tension spoke that threaded through a wheel rim and attached to the hub. These turned into the kinds of spokes used for bike wheels. Rubber pneumatic tires came along around 1845, invented by R. W. Thompson. John Dunlop improved upon tires by using a different kind of rubber that gave a smoother ride to bicycles.

Most car historians agree that modern auto wheels first appeared in 1885, when Karl Benz created wheels for the Benz Patent-Motorwagen. That three-wheeled vehicle used spoked wire wheels and hard rubber tires that looked a lot like bike wheels. Tires improved over the ensuing years, when the Michelin brothers began using rubber for cars, and then B. F. Goodrich added carbon to rubber to extend the life of car tires.

In 1924, wheelmakers used rolled and stamped steel to make steel disc wheels. These wheels were heavy but easy to produce and repair. When the Ford Model-T came out, it used wooden artillery wheels. Ford changed these to welded steel spoke wheels for 1926 and 1927 models. The white carbonless rubber tires for these wheels only lasted about 2,000 miles and often would go only 30 or 34 miles before needing repair. These tires had tubes, and they were easily punctured and sometimes came off their rims.

The evolution of the car wheel continued in 1934, when drop-center steel rims, where the middle of the wheel was lower than the edges, came out. This drop-center design made mounting tires easier.

Aluminum wheels are older than you may think—very early sports cars used aluminum wheels. The Bugatti Type 35 bore aluminum wheels in 1924. Their lighter weight made the wheels turn faster, and aluminum’s ability to dissipate heat made for better braking. From 1955 through 1958, Cadillac offered hybrid steel-aluminum wheels featuring finlike stylized aluminum spokes riveted to a steel rim. These were usually chrome plated, but in 1956 Cadillac went all out and offered a gold-anodized finish for their Eldorado.

The evolution of the car wheel accelerated through the ’50s and ’60s, as performance and racing cars continued to adopt aluminum-magnesium alloys for wheels. Alfa Romeo brought out alloy wheels on its GTA in 1965, and Ford introduced the Mustang GT350 with an option for five-spoke Shelby/Cragar wheels made of cast aluminum with a chromed rim. These were still welded to a steel rim, but in 1966 Ford made a one-piece cast-aluminum ten-spoke wheel available.

Magnesium aluminum alloy wheels (or “mag” wheels) made by Halibrand became the wheel of choice for auto racing since the ’50s, and after some time became the specification for Shelby road cars.

In 1960, Pontiac followed the lead of Panhard and Cadillac models, using a wheel with an aluminum center riveted to a steel rim with chrome-plated nuts. These wheels had to use a manufacturer-supplied adapter to fit wheel balancing machines of the day. The wheels also featured a large center cap that covered the lugs. Pontiac made these flashy wheels available through 1968; they were expensive and are now rare and sought after by car collectors.

Porsche entered the alloy-wheel world in 1966, when they made an alloy-wheel standard on the 911S. Porsche continued to use alloy wheels on the 911 for many years in different-size versions and also deployed them on its 912, 914, 916, and 944 models. Luxury and performance car makers continued to adopt alloy wheels from the ’60s onward.

In the early 1970s, Citroën even came out with a steel-reinforced resin wheel. A Citroën SM using these resin wheels won the Rally of Morocco in 1971.

Ferrari brought out its first alloy wheel, a magnesium version for road versions of its 275 GTB, in 1964. That same year, Chevrolet introduced a Corvette model with available Kelsey-Hayes aluminum center-lock wheels, which Chevy replaced in 1967 with bolt-on types. But with the Corvette C3 that same year, Chevrolet discontinued the light-alloy finned aluminum wheels and didn’t bring out a similar version until 1976.

Wheels got bigger in the ’90s, with standard sizes increasing from under 15 inches to over 17 inches, even reaching 22 inches by 1998. “Spinners,” which continue to rotate for visual interest when the car isn’t moving, also experienced renewed popularity in the ’90s.

Futuristic wheel designs include the “tweel,” an airless, non-pneumatic wheel with spokes, suitable right now only for slow-moving construction vehicles. The “tweel,” developed by Michelin, has serious vibration problems over 50 miles per hour, which make it unlikely they’ll be adopted for road use until improvements can solve the vibration issue.

So-called “active” wheels, also developed by Michelin, pack all the car’s key parts, even the motor, into the wheels themselves. Active wheels are for electric cars only.

Odds are it will be years before you find yourself riding on “tweels” or “active wheels.” In the meantime, your steel or alloy wheels will get you from point A to point B just fine. Even though they are sturdy and dependable, current wheel designs can still suffer damage from curbs, potholes, rough roads, and collisions. You might need to replace your wheels to keep your car running safely with good handling and fuel efficiency. The WheelerShip offers quality replacement wheels for many makes and models, from Honda Civic wheels to wheels for BMWs and Jaguars. We can help you find the right replacement wheel for your car that will give the same fit and match the original wheel both in design and materials.