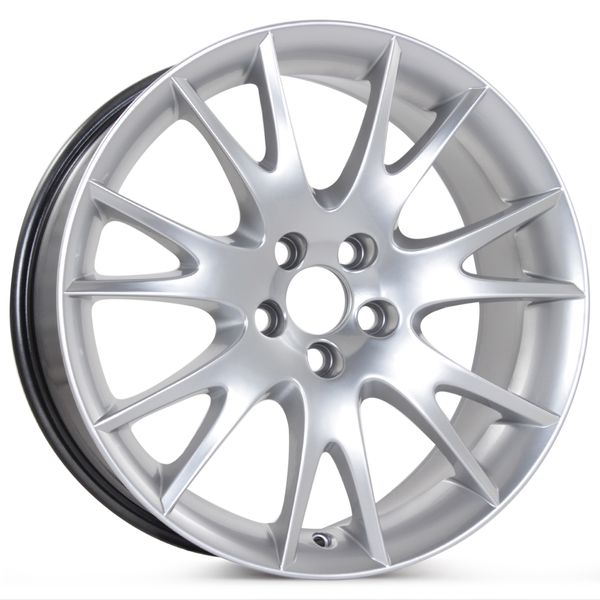 This new 18” x 8” 7-V-spoke (paired spoke, twin spoke, double spoke or even split spoke) replacement wheel design was originally made as an optional upgrade on the Volvo C70 (T5) for 2006, 2007, 2008, and 2009. It was offered again on the 2010 C70 as a retailer installed accessory, at which time the finish was named “silver bright”. As far as we know, there are only Volvo C70 alloy wheels for sale in this 1 standard finish. Named MIRZAM by Volvo, this design was built as a stylish and sporty upgrade, originally with Pirelli P-Zero Rosso low-profile tires. Made from the same aluminum A356 Alloy as the stock OEM wheel, these 2006-2010 Volvo C70 alloy wheels for sale hold the JWL structural certification and also come with a limited lifetime warranty on the finish.

This part is compatible with 16 vehicles. Please select your vehicle to ensure compatibility.