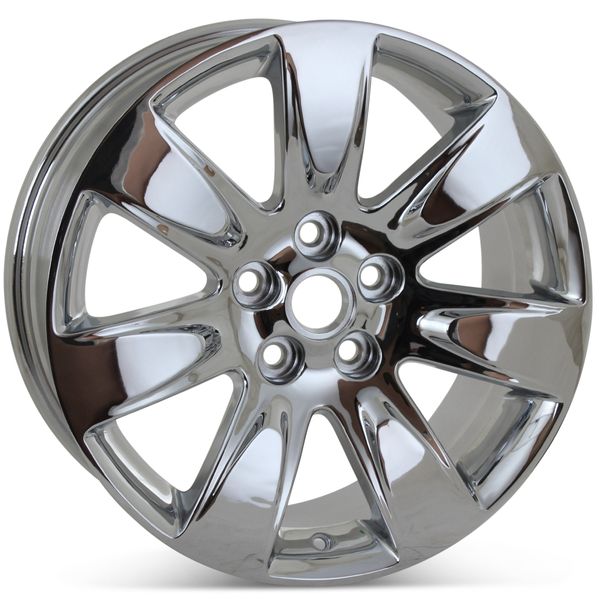 This new 18”x 8” replacement wheel design was offered for the Buick LaCrosse and Regal in model years 2010, 2011, 2012, 2013, 2014, 2015, and 2016. This Buick wheel came standard on the Lacrosse CXS model in 2010 and 2011 while also offered as an option CXL. In 2011 it came standard on the Regal as well. These 2010-2016 Buick LaCrosse and Regal 18" wheels are an excellent replacement for your damaged factory wheel, whether cracked, bent or even just scuffed. The wheels seen here are made with the same aluminum A356 Alloy as the stock OEM wheel and even hold the same JWL structural certification. This replication wheel also comes with a limited one-year warranty.

This part is compatible with 55 vehicles. Please select your vehicle to ensure compatibility.