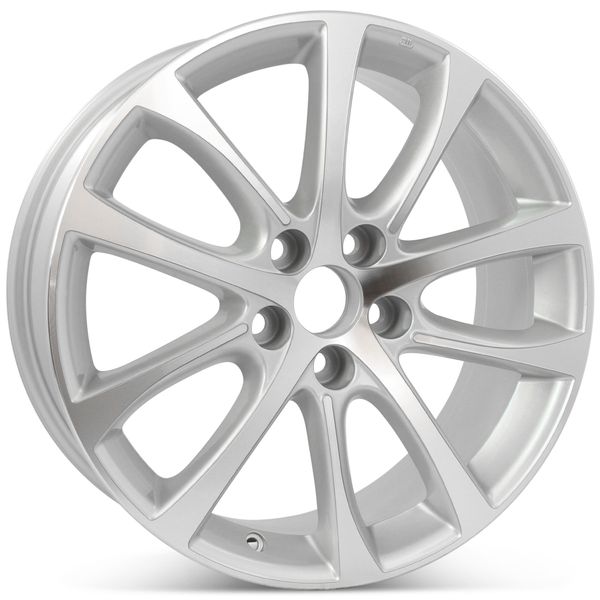 These new 18” x 7.5” replacement wheels were offered by Toyota for the 2013-2015 Avalon models. This wheel came standard on the XLE Touring and Limited packages for the years 2013, 2014, and 2015. In 2014, Toyota introduced this same style rim in a machined with charcoal finish, which came standard on the XLE Touring until 2015. We only carry the machined with silver finish at this time. These replacement wheels for the 2013-2015 Toyota Avalon are made with the same A356 aluminum alloy as the OEM wheels and even hold a JWL certification. They are a great replacement for your damaged factory wheel whether cracked, bent or even just scuffed. This replication wheel also comes with a limited lifetime warranty.