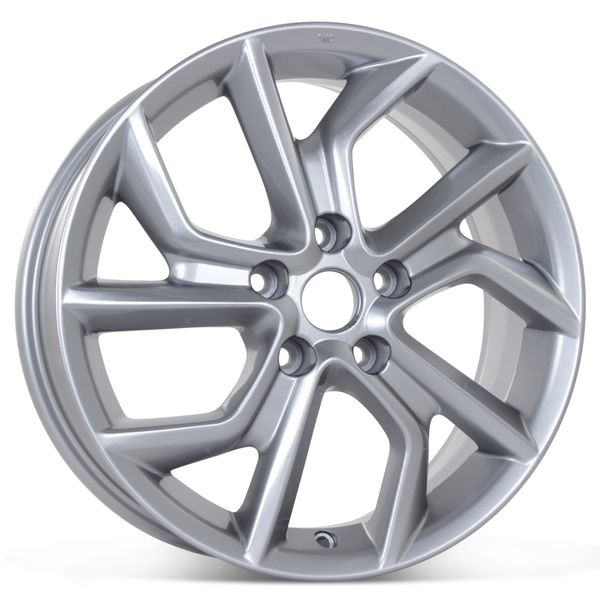 This 17” x 6.5” replacement wheel design is a replica of the rim offered on the 2013, 2014 & 2015 Nissan Sentra. Coming standard on the Nissan Sentra SR sub model, this wheel also fits all other versions of the Sentra for the above years. The original 2013-2015 Nissan Sentra wheels came in two painted finishes, the more common painted silver and the rarer darker finish known as gray or charcoal. This wheel offers a stylish appearance with a relatively low-profile tire. Made from the same aluminum A356 Alloy as the stock OEM wheel and even holding the same JWL structural certification, these Nissan Sentra alloy wheels are replicas and a great replacement for your factory wheels, whether they’re scuffed, dented, or scratched. These OEM-replica 2013, 2014, and 2015 Nissan Sentra rims also come with a limited lifetime warranty on the finish.