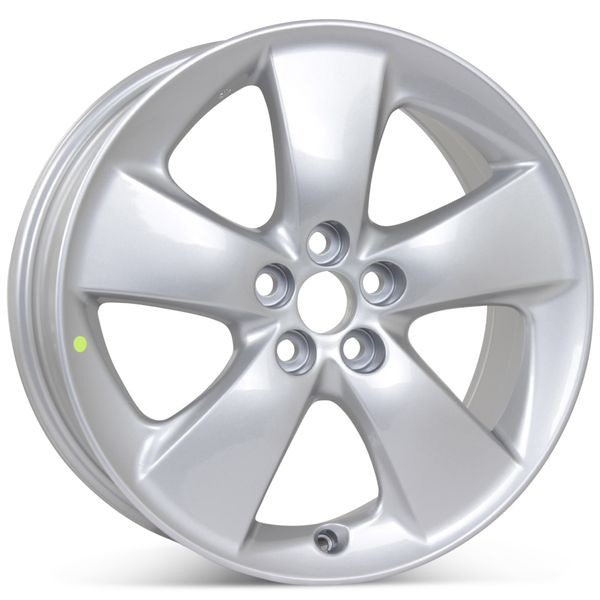 This new 17” x 7” 5-Spoke replacement wheel design came standard on the 2010-2015 Toyota Prius Five 4-door gas/electric Hybrid. It was the largest wheel option available on the Prius Five and may have also been offered as an upgrade on other Prius models as well. This silver finish was the most common finish on the Toyota Prius in 2010, 2011, 2012, 2013, 2014 & 2015. Made with the same A356 aluminum alloy as the factory OEM wheels, and holding the same JWL certification, these 2010-2015 Toyota Prius wheels are a great replacement for your damaged wheel, whether cracked, bent or even just scuffed. This replication wheel also comes with a one-year warranty.

This part is compatible with 14 vehicles. Please select your vehicle to ensure compatibility.