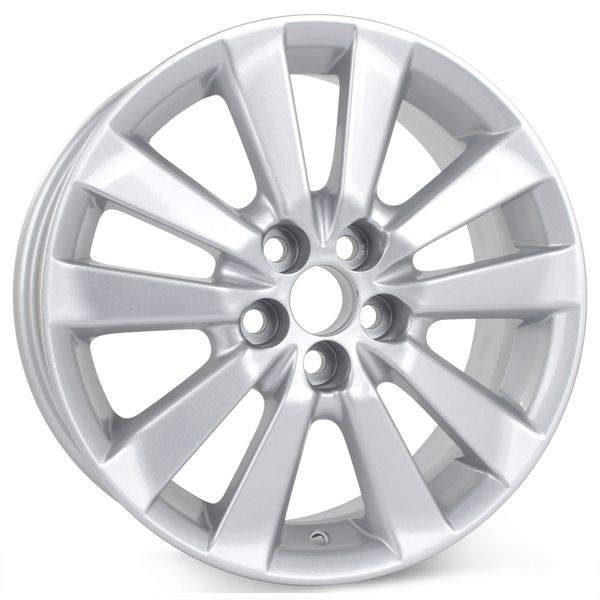 This new 16” x 6.5” 5-twin-spoke (aka paired-spoke, double-spoke, split-spoke or even 10-spoke) replacement wheel design for the Toyota Corolla and Matrix was made for the 2009 and 2010 model years. It may have also been an option on the 2011, 2012 & 2013 Corolla and Matrix. It came on many of the Corolla S, LE, and XLE sub-models, as well as being part of the Sport package, but will only fit the base models of the Matrix. These 2009-2013 Toyota Corolla wheels were only released in this one standard silver finish. Our 2009-2013 Toyota Matrix wheels offer a stylish and sporty look. These 16" Toyota wheels are an excellent replacement for a damaged factory wheel, whether cracked, bent or even just scuffed. These wheels are made from the same aluminum A356 alloy as the stock OEM wheel and even hold the same JWL structural certification. This replication wheel also comes with one-year warranty.