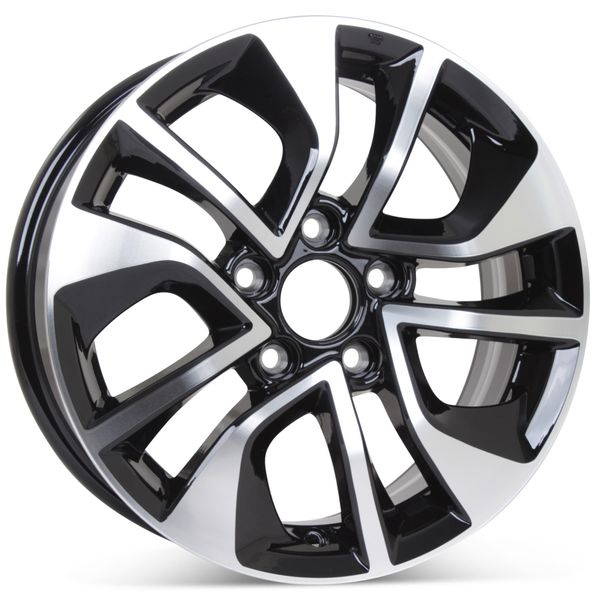 This new 16” 5-V-Spoke replacement wheel design replicates the factory 2013-2015 Honda Civic EX wheels originally offered on the vehicle. In 2013, this was the standard Honda Civic EX and EX-L wheel. In 2014 and 2015, it was primarily only used as the Honda Civic EX’s wheels, though it may have also been an option on the EX-L as well. Made with the same A356 aluminum alloy as the factory OEM 16-inch Honda Civic wheels, and even holding the same JWL certification, these 2013-2015 Honda Civic EX wheel replica are a great replacement for your damaged wheel, whether cracked, bent or even just scuffed. This replication wheel also comes with a limited lifetime warranty on the finish.

This part is compatible with 43 vehicles. Please select your vehicle to ensure compatibility.