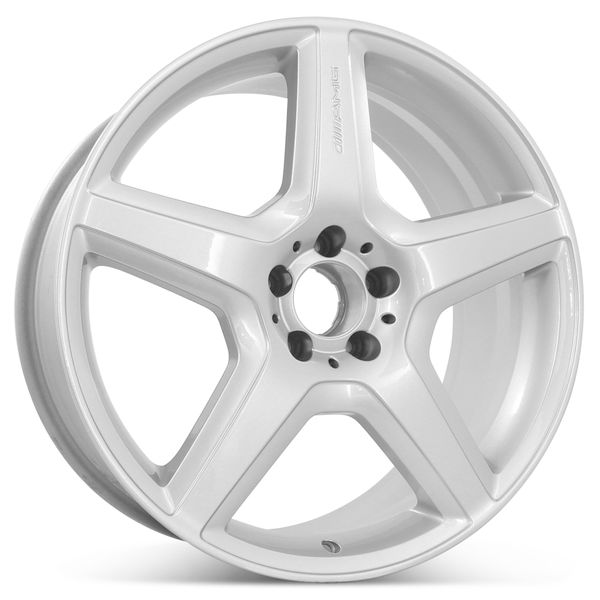 This reconditioned 20" x 9.5" factory OEM 5 spoke wheel came as an option on several Mercedes models including:

Mercedes offered this wheel in two different finishes: silver and hypersilver. At this time, we only carry the silver finish. This reconditioned 20" x 9.5" factory OEM 5-spoke Mercedes wheels came an excellent replacement for a damaged factory wheel, whether cracked, bent, or even just scuffed. This factory OE Mercedes wheel has been professionally refinished to meet or exceed SAE standards, and looks and performs like new, making it an excellent match to your stock rims. This factory wheel also comes with a one-year limited warranty.

This part is compatible with 52 vehicles. Please select your vehicle to ensure compatibility.