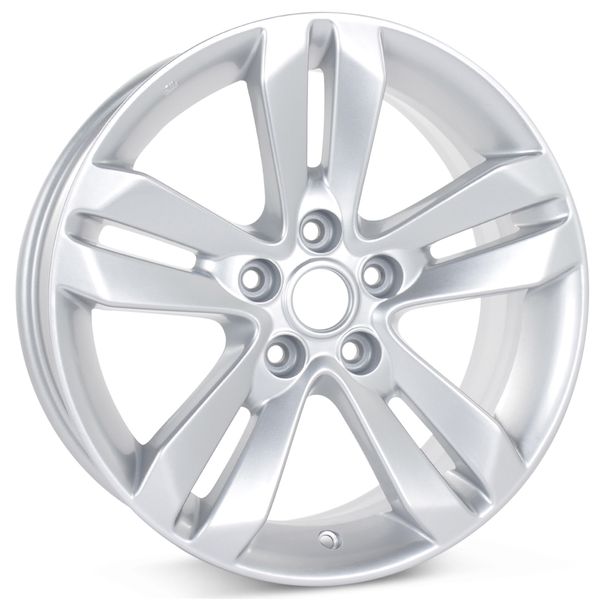 This new 17” x 7.5” 5 split-spoke (aka paired-spoke, double-spoke, twin-spoke or even 10-spoke) replacement wheel design for the Nissan Altima was offered on the 2010, 2011, 2012 & 2013 models. It came standard on the 3.5 SR Altima Sedan & the 2.5 S Altima Coupe between 2010-2013. Only released in this one standard silver painted finish, these 17-inch 2010-2013 Altima wheels offer a stylish and sporty look with a relatively low-profile tire and are an affordable replacement for your damaged factory rims, whether bent, scratched, or scuffed. These 2010-2013 Nissan Altima wheels are made from the same aluminum A356 alloy as the stock OEM wheel and hold the same JWL structural certification. These OEM replication 2010-2013 Nissan Altima rims also come with a limited one-year warranty.

This part is compatible with 29 vehicles. Please select your vehicle to ensure compatibility.