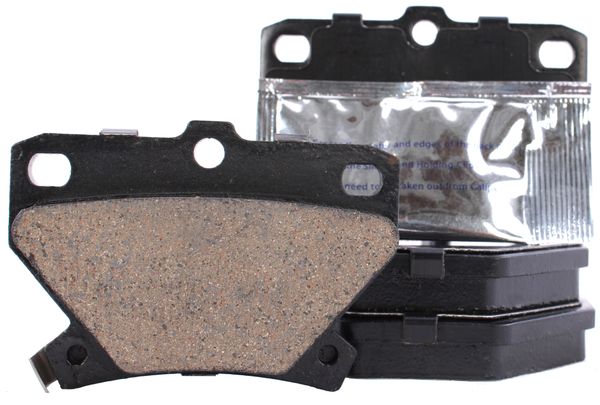 Replace the worn rear brake pads on your Toyota/Pontiac with these new ceramic brake pads. These ceramic pads have high heat resistance, low brake dust and are less noisy – and they look, feel, and perform like new. The brake pads shown here are compatible with the following:

This part is compatible with 49 vehicles. Please select your vehicle to ensure compatibility.